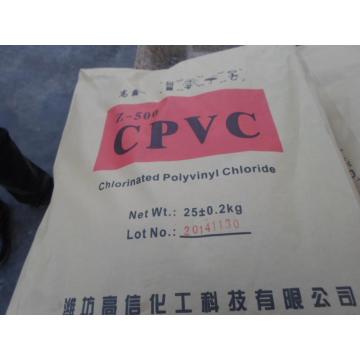 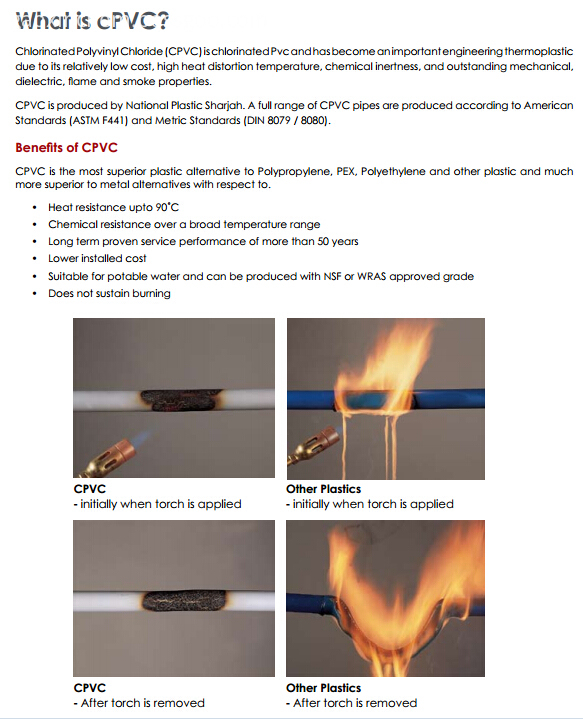 It is made from PVC resin chlorinated by chlorine gas in solvent surrounding . It can offer good solubility, good electrical insulation, thermoplasticity anf membrane forming capacity. It can offer good chemical stability, it can resist corrosion and water, it can be dissolved in acetone, hydrochloric ether, arene, ester and some alcohol. 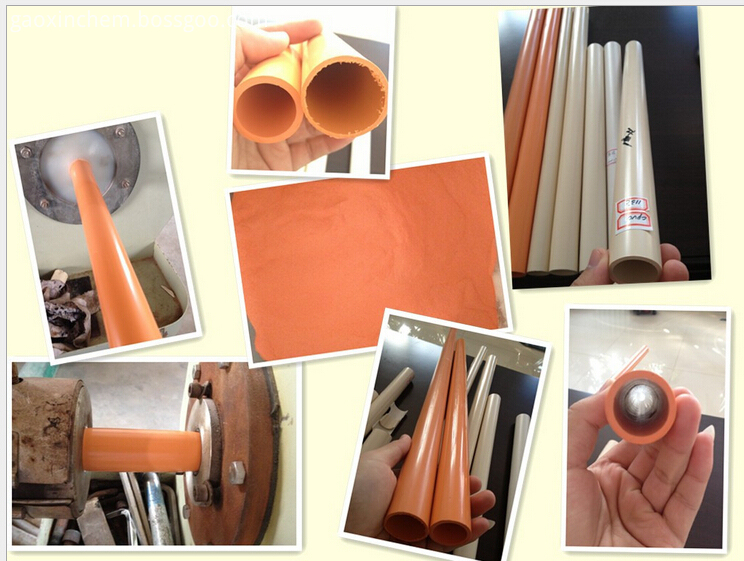 CPVC can withstand corrosive water at temperatures greater than PVC, typically 40 °C to 50 °C (104 °F to 122 °F) or higher, contributing to its popularity as a material for water piping systems in residential as well as commercial construction.

The principal mechanical difference between CPVC and PVC is that CPVC is significantly more ductile, allowing greater flexure and crush resistance. Additionally, the mechanical strength of CPVC makes it a viable candidate to replace many types of metal pipe in conditions where metal's susceptibility to corrosion limits its use.

CPVC is similar to PVC in resistance to fire. It is typically very difficult to ignite and tends to self-extinguish when not in a directly applied flame.

Due to its chlorine content, the incineration of CPVC, either in a fire or in an industrial disposal process, can result in the creation of chlorinated dioxins. 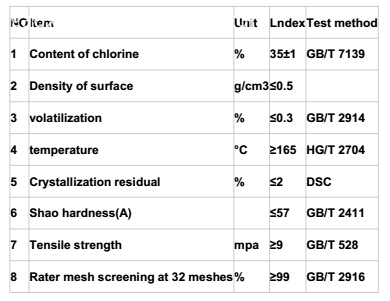 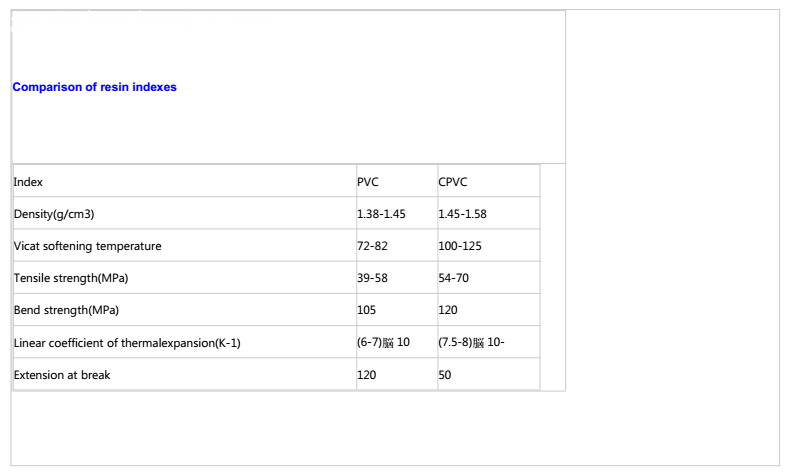 The temperature at which Gaoxin CPVC begins to soften is higher than conventional PVC by 20 to 40 degrees(C). Owing to this enhanced heat resistant property Gaoxin CPVC , used in such applications as hot-water supply pipes and industrial clean tanks, which are usually exposed to high temperatures, provides better toughness and creep resistance than ordinary PVC.

Gaoxin CPVC has better corrosion-resistance properties than many metallic pipes, and provides chemical resistance as good as ordinary PVC, especially at high temperatures.

Gaoxin CPVC is self-extinguishing, and is superior compared to ordinary PVC in its resistance to flame, owing to its much lower smoke generation and limiting oxygen index. Overall, Gaoxin CPVC offer superior properties as a flame resistant plastic.

Many types of molding machines used for PVC can also be used with Gaoxin CPVC, by applying and adjusting basic formulations and processing conditions for ordinary PVC.

Gaoxin CPVC provides adhesion equal to that of PVC and easy handling property in such applications as piping. Additionally, work such as welding, bending, sleeving, and vacuum molding are possible with Gaoxin CPVC.

Shandong Gaoxin Chemical Co., Ltd was founded in 2003, located in Weifang Binhai Economic Zone. Shandong Province, the professional leader in the field of Chlorinated polymer materials, paying much attention to cultivate core competence of enterprise, commiting to new chemical materials including CPVC resin & HCPE resin & CPE resin, during which we've been co-op and communicated with both domestically and overseas' scientific research institutions. company passed the ISO9001 quality management system certification and ISO14001 environment management certification. By the end of 2014, production capacity reach to 40000mt CPVC resin; 8000mt HCPE resin and 20000mt CPE resin. We master the key technology of CPVC and HCPE production to fill the situation unable to produce in China before. with the high speed developing of company, Shandong Gaoxin Chemical will become a world famous enterprises with research and development, production polymer materials.

Email to this supplier